Martijn van Steenbergen tipped me on The Storm Worm:

Reminds me of an experiment I did we did with Jini and RIO. Once started up on several computers, we just couldn’t get the system down. Kill one, and somewhere else a new one pops up. Thought of desigining in a “suicide pill” that would trigger on some special message spread across the net. 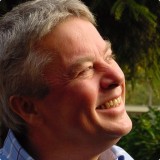